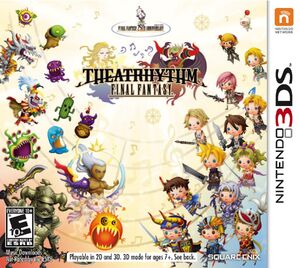 Theatrhythm Final Fantasy is a rhythm Final Fantasy video game for the Nintendo 3DS. It was released to celebrate the 25th anniversary of the series and is described as a "theater rhythm action" game in which players use the stylus to tap and hold notes while fighting enemies. [1]

The game follows the events of the gods Chaos and Cosmos, a similar plot to Dissidia Final Fantasy for the PlayStation Portable. The space between the two is called Rhythm, which gives birth to a crystal that controls music. Chaos causes the crystal to become disrupted, and the only way to return it to normal is to increase a music wave known as "Rizpo".[11]

The game has field scenes set in dungeons and towns, and battle scenes that resemble the side-view battles of older Final Fantasy games. However, everything is played like a rhythm game, where you tap the screen in accordance with prompts. The characters are also in "chibi form", resembling characters from Kingdom Hearts Mobile. [13]

The game has three modes, Music Game, SpotPass, and Museum. "Music Game" has three sub-modes known as Story Mode, Challenge, and another which is unnamed. [14] The game features over 50 songs from the 13 main Final Fantasy games, including the "Final Fantasy" theme, and "One Winged Angel" from Final Fantasy VII. The multiplayer mode allows up to four players to earn experience points and find rare items as a group, as well as fight superbosses. [15] Players are rewarded based on the performance of the best player in the group, allowing a player who is not good at the game to receive better items by playing with someone who is good at the game.

There are three icons used during the game. The red icon requires you to touch the screen briefly. The yellow icon has you slide in the direction of the arrow within it. The green icon will have you touch and press down on the screen. The songs during the Field Stage of the game will consist of field, town, and dungeon music. They will be more relaxed and there will only be one rhythm line. The Battle Stage will have more difficult music with four rhythm lines.

Theatrhythm is the first third-party 3DS game to support downloadable content, with eight available to purchase at launch, and fifty planned to be released over the title's lifetime, in addition to seventy songs already in the game. [16] [17] 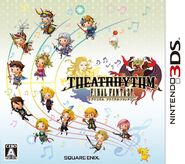 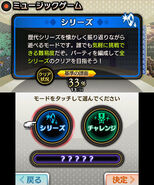 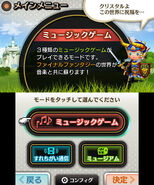 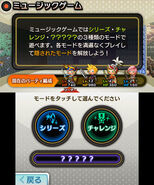 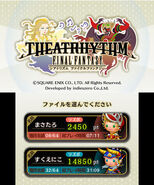 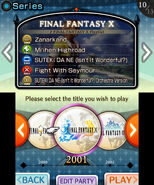 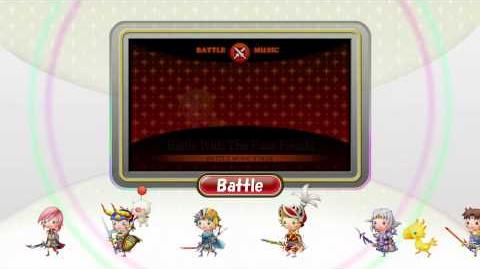 Retrieved from "https://nintendo3ds.fandom.com/wiki/Theatrhythm_Final_Fantasy?oldid=13724"
Community content is available under CC-BY-SA unless otherwise noted.