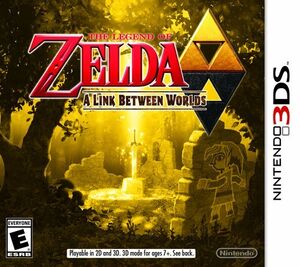 The game features the top-down two-dimensional gameplay of older console Zelda titles and previous handheld entries, with the player controlling Link as he explores Hyrule and its counterpart, Lorule, defeating enemies with weapons (such as the returning Master Sword, bow, hook shot, hammer, and the new Tornado Rod) and making his way through various dungeons. Its most touted new feature is the ability for Link to turn into a drawing and move along the surface of walls, which is used in many of the game's puzzles and traveling between the two worlds.

Another new mechanic is the ability to rent nearly every weapon in the game from the beginning from Ravio's Rental Shop, as opposed to gaining them in a specific order in dungeons, allowing players to form their own unique way of making it through them. [7] The title also features StreetPass capability, in which players set up a customized version of Shadow Link with specific items and a bounty which is transferred to the receiver, who can then battle it. [8]

The game was first announced by series producer Eiji Aonuma, who told the Portuguese site "My Games" that development on an original game for 3DS was underway: [9]

Shigeru Miyamoto later hinted at the game's premise, saying that he would be interested in "creating something new maybe based on, or starting from, A Link To The Past." [10] The game was finally revealed on April 17, 2013 on a Nintendo Direct broadcast. 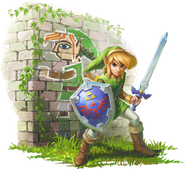 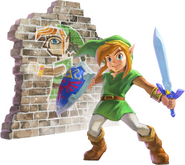 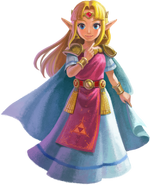 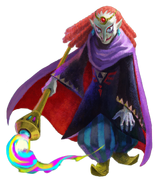 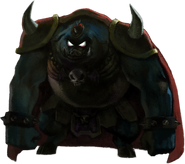 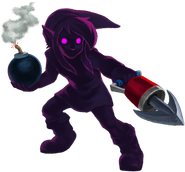 Shadow Link.
Add a photo to this gallery

Artwork of Link standing near Hyrule, with Lorule reflected in the water. 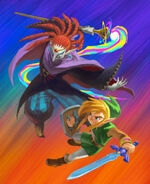 Artwork of Link fighting Yuga.
Add a photo to this gallery

Artwork of the Master Sword.

Artwork of Link in a dungeon.
Add a photo to this gallery 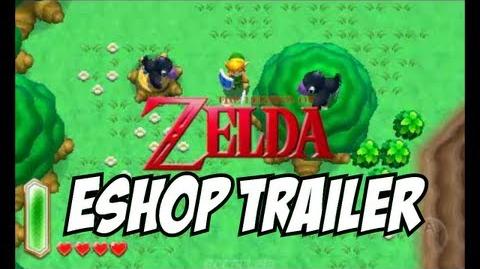 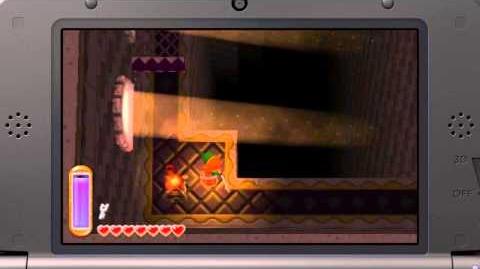 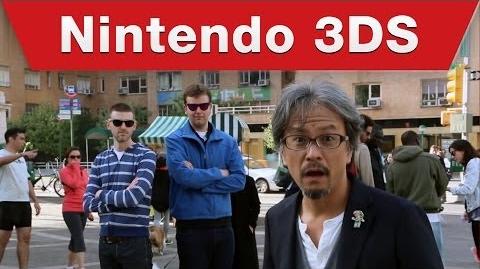 Retrieved from "https://nintendo3ds.fandom.com/wiki/The_Legend_of_Zelda:_A_Link_Between_Worlds?oldid=17539"
Community content is available under CC-BY-SA unless otherwise noted.