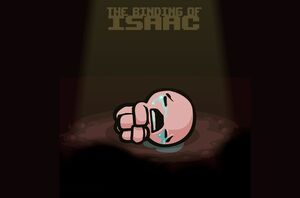 The Binding of Isaac is a 2D action RPG, developed by Team Meat, who is known for creating the successful Super Meat Boy video game. Edmund McMillen, a member of this team, has reported that a publisher is asking Nintendo for permission to bring the game to the Nintendo eShop. [1]

He later stated that the possibility of it coming was more probable, and that "it’s still going through the higher ups to make sure there won’t be an issue with the ‘religious’ aspect." It is also stated that, if it does come to the platform, it would contain the "The Wrath of the Lamb", expansion which adds about 50% more content to the game. [2]

On February 29, 2012, McMillen confirmed that Nintendo had rejected the title due to the "questionable religious content" in the game, meaning it would no longer be coming to the eShop. [3] This received some negative reactions from the community, who had been looking forward to the title and sought more "hardcore" games on the platform.

Retrieved from "https://nintendo3ds.fandom.com/wiki/The_Binding_of_Isaac?oldid=15752"
Community content is available under CC-BY-SA unless otherwise noted.