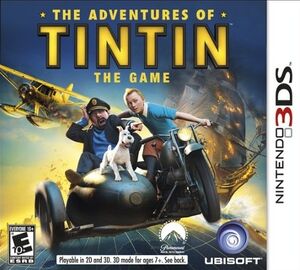 Players can take on the roles of Tintin, Snowy, Captain Haddock or three other unlockable characters, each with their own personality and skills. The title has single player and multiplayer options, with areas based on those in the movie. Gameplay is varied, going from platforming to sword fighting to flying a plane. [1]

Retrieved from "https://nintendo3ds.fandom.com/wiki/The_Adventures_of_Tintin:_The_Game?oldid=8533"
Community content is available under CC-BY-SA unless otherwise noted.