Sudoku by Nikoli is a sudoku puzzle game developed and published by Hamster Corporation for the Nintendo eShop. The game was first released as Nikoli no Puzzle Sudoku in Japan on June 7, 2011 and released in North America on May 10, 2012.

The game provides 50 sudoku puzzles. Sudoku is a puzzle in which you place numbers from 1 to 9 into a 9x9 grid, divided into horizontal and vertical lines and 3x3 blocks, filling up all of the spaces with the numbers. There's a mode called "Stage Clear" in which you progress further by solving a sudoku puzzle on each stage. A second mode called "Random" randomly generates puzzles. 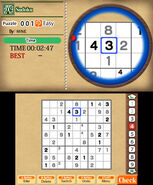 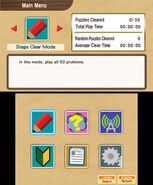 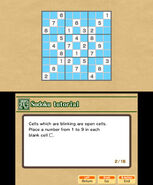 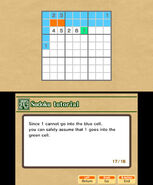 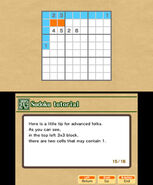 Retrieved from "https://nintendo3ds.fandom.com/wiki/Sudoku_by_Nikoli?oldid=11195"
Community content is available under CC-BY-SA unless otherwise noted.