Steel Diver: Sub Wars is an action-adventure game for the Nintendo 3DS, released through the Nintendo eShop, and the sequel to launch title Steel Diver. Developed by Nintendo and Vitei, Inc. and published by Nintendo, the game was released February 13, 2014 as a free-to-play game with an additional premium edition available for a paid cost. [1] 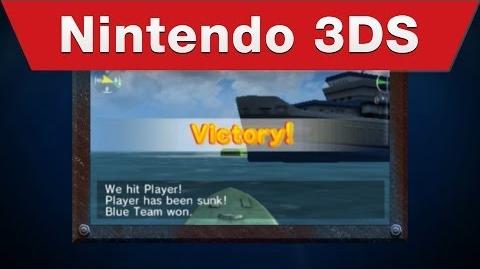 Retrieved from "https://nintendo3ds.fandom.com/wiki/Steel_Diver:_Sub_Wars?oldid=17694"
Community content is available under CC-BY-SA unless otherwise noted.