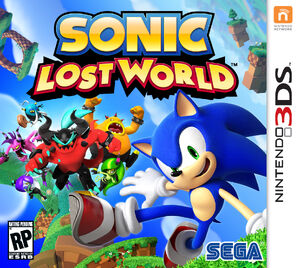 Sonic Lost World is an action-adventure platforming game for the Nintendo 3DS. It is the second main installment in the series on the system after Sonic Generations, and was announced on the May 17, 2013 Nintendo Direct. [1] [2] Developed by Dimps and published by Sega, it was released October 18, 2013 in Europe, October 19 in Australia, October 24 in Japan, and October 29 in North America. [3] [4] [5]

Dr. Eggman has harnessed the power of six menacing creatures known as the Deadly Six, but when the Deadly Six rise up against their master, Sonic has to unite with his arch nemesis in order to take on the new enemies head-to-head. Using his dynamic new parkour moves and improved Color Powers, Sonic must run, jump and race through a variety of ever changing terrains in order to defeat the Deadly Six. [6]

The game is the first handheld Sonic title to feature fully realized 3D levels. Exclusive to the 3DS version are Special Stages, in which the player tilts the system to navigate through hair-raising levels and obtain the elusive Chaos Emeralds. Players can also race against friends through local and online game modes. There is also the ability to create and customize radio controlled gadgets to help Sonic in-game, which can then be shared with the Wii U version of the title. [7] 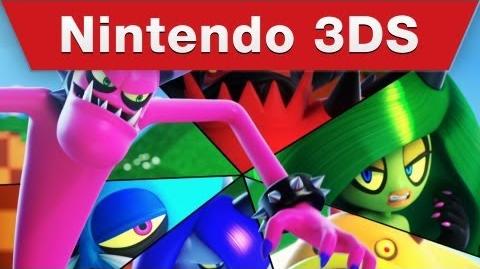