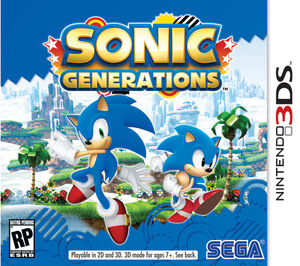 Sonic Generations (known as Sonic Generations: Blue Adventures in Japan) is a platforming video game for the Nintendo 3DS. Developed by SEGA, the game features the company's mascot, Sonic the Hedgehog in two incarnations, Modern Sonic (based on recent games) and Classic Sonic (based on classic games), and was created in honor of the series' 20th anniversary.

The game was initially only on PlayStation 3 and Xbox 360, but it was confirmed to also be on the 3DS in an issue of Nintendo Power. [5] Unlike the console versions, this game is developed by the "Dimps" development section of SEGA rather than the "Sonic Team", who were responsible for the past Sonic games on next-gen consoles.

The story takes some time after Sonic's last encounter with Dr. Eggman. Sonic is invited to his own birthday party which is put together by his friend, Tails. Since Sonic arrived early, he has to wait for everyone else to arrive. Suddenly, a mysterious creature known as Time Eater sucks Tails into one of his vortexes, and Sonic jumps in after him, eventually finding himself in a white world and wonders what's going on. He eventually meets his past self, and the two realize that the world is losing color and the timeline has been messed up for unknown reasons. The two Sonics team up to bring the world back to color, learn how to fix up the timeline, and save Tails.

The game features levels derived from 20 years of Sonic history, spreading across three eras: Classic, Dreamcast and Modern. Each level can be played with either Classic Sonic or Modern Sonic, each taking their own routes throughout the level. Classic Sonic's levels are strictly two dimensional side scrolling stages, using classic moves like the Spin Attack and Spin Dash. Modern Sonic's levels, on the other hand, carry on the modern 2D/3D gameplay of recent titles such as "Sonic Rush" and "Sonic Colors" (Nintendo DS version), featuring homing attacks, boosting, and the quick step.

The game has differences from the console versions, such as different stages and less characters, challenges exclusive to the 3DS version that can be unlocked through StreetPass and Play Coins, two player race mode per wireless connection, and a slightly different story. Online multiplayer has also been confirmed for the title. [6] The game includes 100 missions, unlockable through StreetPass. Each time you do a StreetPass exchange, the other player will appear in your StreetPass log, unlocking one mission. 3DS Play Coins can be obtained by walking with the system in Sleep Mode, and used to unlock said missions. [7]

When initially questioned about Sonic Generations on the 3DS, SEGA had no comment. [12]

Generations on the 3DS was first addressed in a leaked GameStop release sheet. [13] Later, the game was stated in a SEGA Sammy Presentation release sheet to be coming to the 3DS, as well as listing of a PC version of the game, but both were later removed by SEGA. [14] [15]

The cover of the June issue of magazine Nintendo Power featured Classic Sonic, and the issue confirmed that the game was coming to the Nintendo 3DS with both the 2D and 3D levels, like the console versions.

The game has received mixed to average reviews from video gaming websites.

The Spanish Official Nintendo Magazine gave the game a 90, a higher score than the console versions, and featured the game on the cover of the magazine. [16] Gaming Age gives the game an 84, saying "Sonic's debut on Nintendo's 3DS is a real success. The combination of the two different hedgehogs in the colorful 2D and 3D environments is pretty cool. The game is a little too easy, but there's tons of Sonic flair and enough content to truly satisfy the player." [17]

Nintendo World Report gave the title a 75, simply stating "Sonic Generations on the Nintendo 3DS is certainly a well made game." [18] Games-Radar gave it a 70, however, reason being "The new levels are just too unambitious and end up playing like Sonic's recent DS outings, only with polygonal visuals and 3D depth. That's still a worthy experience, but when Dreamcast's 12-years-old Emerald Coast blows its 3DS counterpart out of the water, there's something not quite right here." [19]

Tim Turi, the reviewer of the game for "Game Informer" magazine, gave the title a 58 saying "I didn't hate every second I spent with this platformer. The music is great, the early Genesis-era stages are plain and simple fun, and the Sonic 2-style special stages make good use of the handheld's 3D to gauge depth. However, the lack of worthwhile new content and sloppy level design makes the whole product feel like a rushed tie-in to the superior console version." [20] 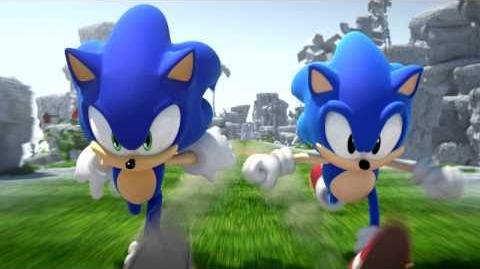 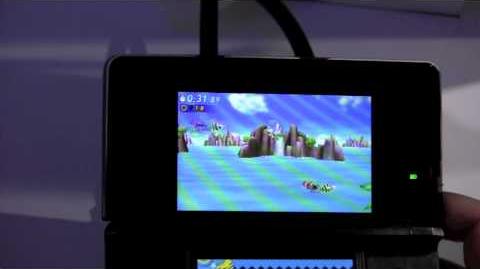 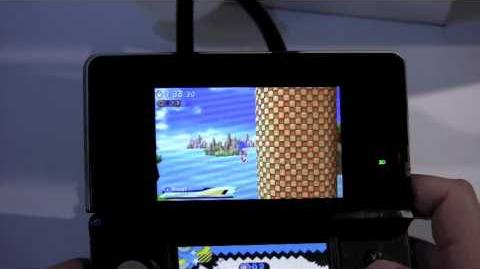 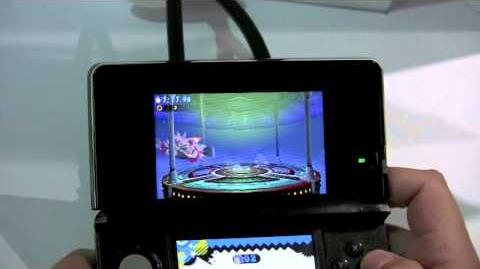 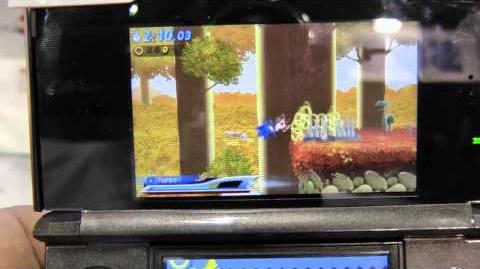 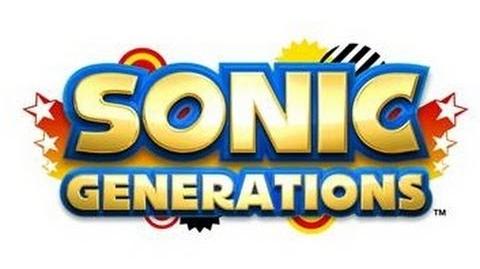 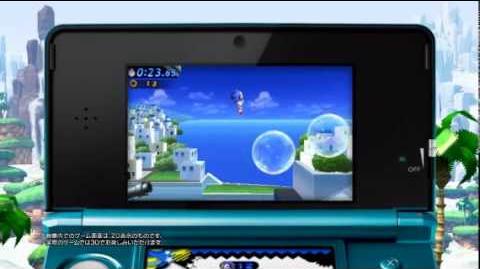 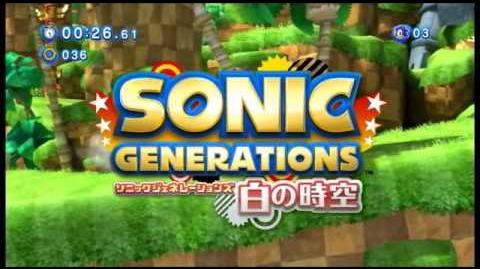 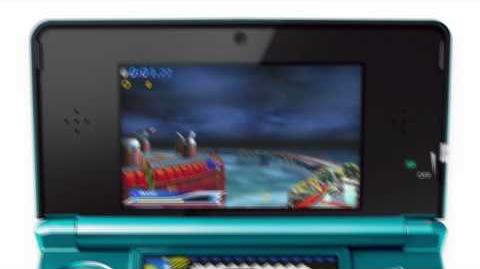 Retrieved from "https://nintendo3ds.fandom.com/wiki/Sonic_Generations?oldid=20013"
Community content is available under CC-BY-SA unless otherwise noted.