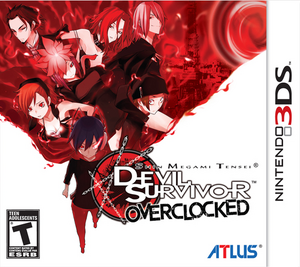 Added features include added plot (there will be an 8th day as opposed to 7 in the original release), improved (higher-resolution) visuals, full voice acting, the ability to choose different difficulty settings, and more than 150 demons (an increase from the original game, which featured 130 demons).

The game has received favorable reviews.

ZT Game Domain gave it a 95: "Somehow, despite the complexity, Devil Survivor Overclocked manages to remain accessible throughout." [1] Nintendo Power gave it a 90, stating "You'll want to play this one even if you've beaten the non-Overclocked version more than once."

Games Radar gave it the same score and had this to say: "If you're looking for a graphical powerhouse, you should buy something else, but Overclocked is something unique in the 3DS field: a deep adventure lasting dozens of hours. It's a great example of its genre, and even those that played it before have enough to pull them back in." [2]

Machinima gave it an 85 and said it was "A very good game, if not an unnecessary release. Minor enhancements to the graphics and sound coupled with the addition of an entire new day to play through are nice additions to the game, but shouldn't warrant another play through of the game for those who already experienced the first. [3]

Game Pro gave it a plain 80, saying "There's no denying that Devil Survivor Overclocked is a fantastic strategy/RPG. If you somehow missed this one when it initially released, then this is an easy recommendation." [4] IGN gave it a 75: "The innovative mix of various RPG sub-genres results in an intriguing and incredibly fun overall package. However, given the original came out so recently, it's rather confusing why this barely enhanced version even exists." [5]

Retrieved from "https://nintendo3ds.fandom.com/wiki/Shin_Megami_Tensei:_Devil_Survivor_Overclocked?oldid=15410"
Community content is available under CC-BY-SA unless otherwise noted.