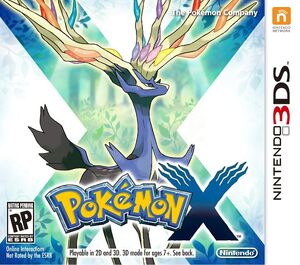 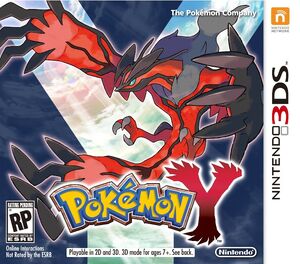 Pokémon X and Pokémon Y are role-playing games for the Nintendo 3DS. They are the first mainline titles in the series on the system, the first of the franchise's sixth generation, and the fifth Pokémon game on the 3DS overall. The games were announced in a special Pokémon-themed Nintendo Direct held on January 8, 2013. [1] [2] Developed by Game Freak and published by Nintendo, they were released on October 12, 2013 worldwide. [3] Pokémon X and Y were elected the 3DS best-seller of 2013.

Players control a player character and travel throughout the region of Kalos, which is based on France, battling and capturing creatures called Pokémon to use in duels against other trainers and gym leaders. [4] In a first for the series, the game is presented in polygonal 3D.

The player character's design can be chosen from three pre-set options per gender at the beginning of the game, and later customized with different outfits and accessories. [5] Select Pokémon can also be mounted and ridden upon in certain locations in the game. [6] A new mode known as "Pokémon-Aime" allows players to interact with their Pokémon in a manner similar to that of Nintendogs, petting and feeding them. [7]

The game also introduces Mega Evolutions, a new way to battle with Pokémon. To undergo this, the Pokémon must be holding a Mega Stone; the player must then use their Mega Ring to resonate with the Mega Stone held by their Pokémon to trigger the transformation. [8] Mega Evolutions temporarily grant the Pokémon higher stats or a change of ability or type, and can only be induced during battles by pressing an option on the touch screen, with the Pokémon returning to their normal forms when it is over. [9] Only select Pokémon can undergo these, such as Mewtwo, Lucario, Blaziken, Blastoise, Charizard, and Venusaur. 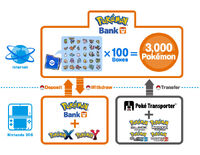 Players can transfer Pokémon from older games through the use of "PokéTransporter", an extension for Pokémon Bank, which allows one to wirelessly send their creatures from Pokémon Black, White, Black 2 and White 2 to Pokémon X and Y. "Pokémon Bank" itself is a cloud-based downloadable storage application with which players can store up to 3000 Pokémon. [10] The app has a free trial period, after which a annual fee of USD $4.99 will have to be paid for access. [11] When downloaded before September 30, 2014, the player will also receive a free Celebi as a reward. [12]

Bank was originally released December 25, 2013 in Asia but was removed shortly after due to high volumes of traffic throughout the Nintendo Network caused by a large volume of Nintendo Network IDs being registered. The app's release in North America and Europe was also delayed until further notice due to the aforementioned problems. [13] It was re-released in Asia on January 22, 2014 and finally released in Europe and Australia on February 4 and in North America on February 5. [14] [15] 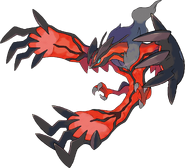 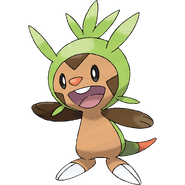 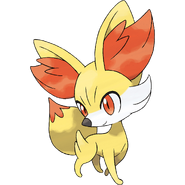 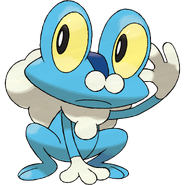 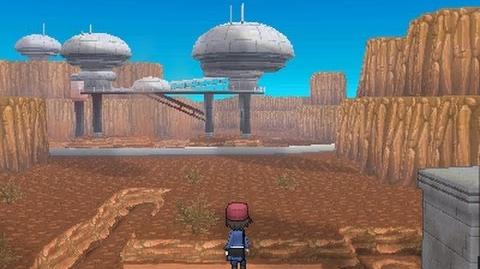 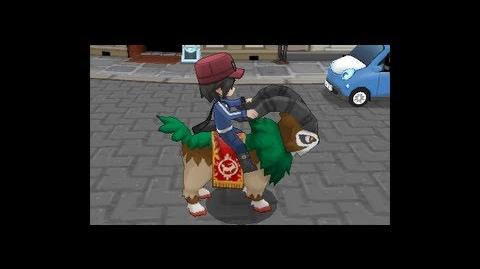 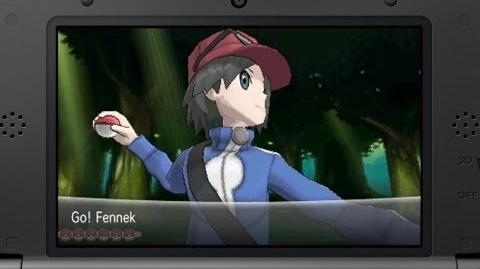 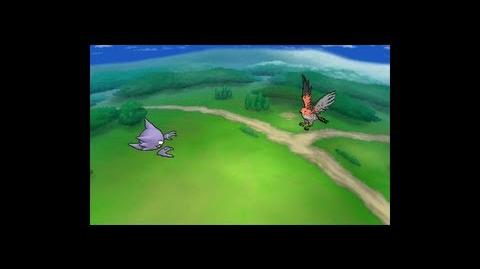 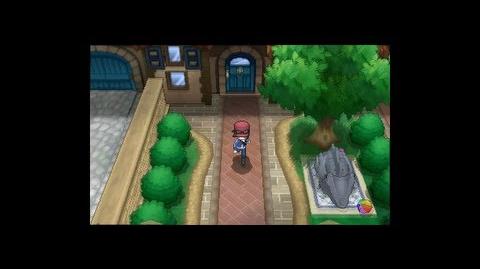 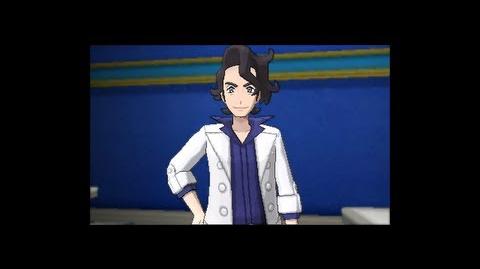 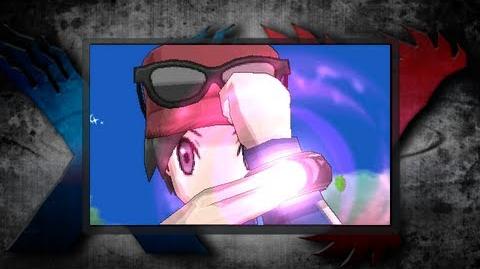 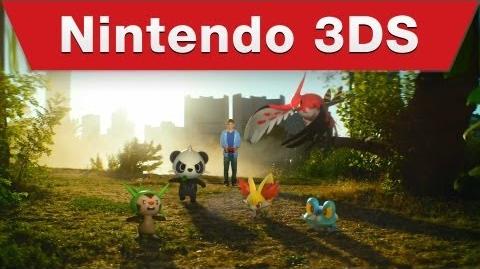 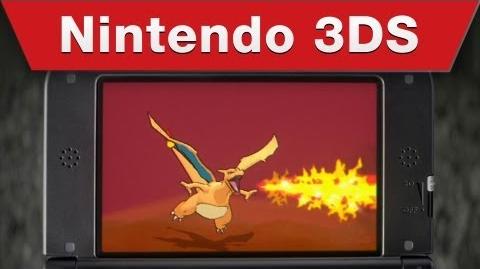 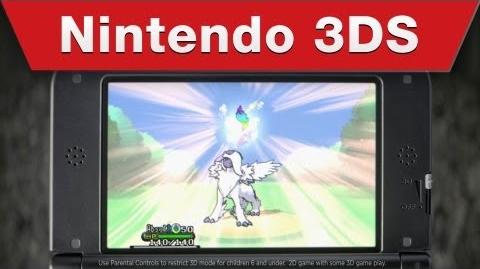 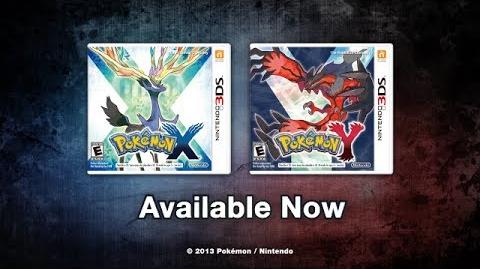