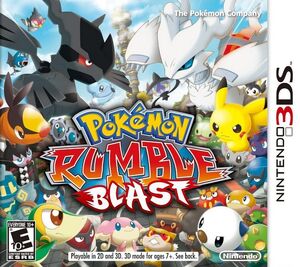 Like Pokémon Rumble, the player collects Pokémon toys which come to life and battle each other. While the predecessor only included Pokémon from Generations I and IV, this game includes over 600 Pokémon from all Generations, including Generation V.

The player's Pokémon explore various areas while battling enemy Pokémon. A boss Pokémon awaits at the end of each dungeon and the difficulty of each boss increases as the player progresses throughout the game. In the game, there are towns in the area and each town has machines where you can buy new moves, release Pokémon when you have too many, and fountains filled with Glowdrops that can heal your Pokémon. [5] [6]

A mode named "Pokémon Collection Battle Challenge" involves facing off against every Pokémon that has been collected. "Charge Battle" involves just facing off against a team of Pokémon. StreetPass has been used so that as two or more Nintendo 3DS systems pass by, they may battle each other. [7] This allows the player to see other player's Pokémon and Miis. [8] 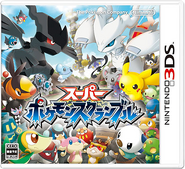 Retrieved from "https://nintendo3ds.fandom.com/wiki/Pok%C3%A9mon_Rumble_Blast?oldid=13723"
Community content is available under CC-BY-SA unless otherwise noted.