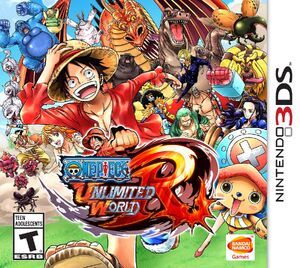 One Piece: Unlimited World RED is an action-adventure game for the Nintendo 3DS based off of the One Piece franchise. It is the third game in the series on the system, after Unlimited Cruise and Romance Dawn. Developed by Ganbarion and published by Namco Bandai Games, the game was released on November 21, 2013 in Japan and will be released in North America and Europe in 2014. [1]

Retrieved from "https://nintendo3ds.fandom.com/wiki/One_Piece:_Unlimited_World_RED?oldid=17983"
Community content is available under CC-BY-SA unless otherwise noted.