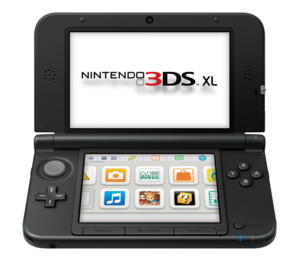 The Nintendo 3DS XL (Nintendo 3DS LL in Japan) is a remodel of the Nintendo 3DS. Rather than be a redesign of the system or add new features, it is simply a larger size with subtle differences, akin to the Nintendo DSi XL. It was revealed during the June 22, 2012 Nintendo Direct broadcast. [1] [2] [3] Prior to E3 2012, Japanese publisher Nikkei had hinted that Nintendo would unveil it soon, though the company initially denied it. [4]

The system boasts an extra 90% view area on both screens, making the top screen 4.18 inches, and as opposed to the original Nintendo 3DS's 3.02 inch screen, and the lower screen 4.18 inches. [10] [11] The 3DS XL will also have longer battery life of up to 6.5 hours, nearly doubling that of its predecessor's. [12] An AC adapter won't be included with the system in Europe and Japan in order to keep costs down, though it will be available for purchase separately, and bundled with the system in North America. [13] [14] A 4GB SD card will be included with it in all regions. [15] 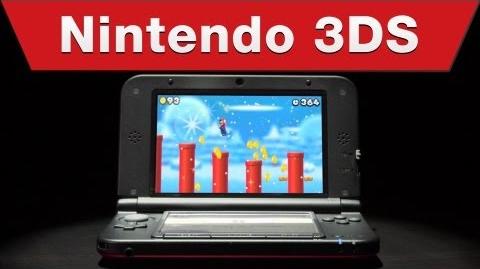