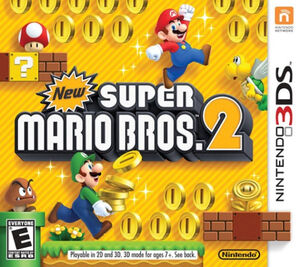 The game was first revealed in an investors meeting that took place late January 2012, where Nintendo President Satoru Iwata revealed that a new 2D, side-scrolling Mario game was in development for the 3DS, set to be released in the next fiscal year, between the end of March 2012 and March 2013. [1] [2] [3]

Players control Mario and Luigi as they venture through the Mushroom Kingdom in a series of over 80 stages to rescue Princess Peach from Bowser and the Koopalings. [13] The game is a 2D sidescroller, and borrows elements from Super Mario Bros. 3 such as "Raccoon Mario" and the P-Charge bar. The title places a large focus on collecting coins, with the mildest of actions triggering cluster of coins being released, to reach a goal of one million coins. It also features local co-op multiplayer. [14] [15] [16]

The Nintendo Network is also incorporated to provide paid downloadable content, or DLC, in the form of new stages for the title's Coin Rush mode, in which a player attempts to collect the most amount of coins in the shortest time. [17] [18] [19] The first of this DLC was released October 2 in Japan and Europe and October 4 in North America, respectively, with three packs -- the Gold Rush, Coin Challenge A, and Nerve Rack Packs, costing 200¥, €2.50, and $2.50 in Japan, Europe, and America each. [20] [21]

Two additional packs (Gold Mushroom Pack and Coin Challenge Pack B) were released on October 25, 2012. [22] Most recently, the Gold Classics Pack was released, featuring remade levels from the original Super Mario Bros. and Super Mario Bros. 3, which will be available for free until the end of January 2013. [23] StreetPass is utilized to exchange Coin Rush records and challenges. [24] SpotPass is also used to add a player's individual coin count to a worldwide coin total. [25]

The game has received generally positive reviews. The four reviewers of Japanese magazine Famitsu each gave it a 9, leading to a total score of 36/40. [30] Nintendo Life gave it a 90, saying that "it may not be as gleefully experimental as Super Mario Land 3D, but New Super Mario Bros. 2 intelligently recycles past glories and consequently offers the comfort of what is arguably one of the most enjoyable video game franchises ever." [31]

Likewise, the Official Nintendo Magazine called it "the very definition of bitter-sweet, giving with one hand and then taking away with the other. By default it's the best side-scrolling platformer on the 3DS and yes, it's even better than the original New Super Mario Bros. But that came out six years ago now, and in that time we'd really expected the series to have progressed a little further than just a 3D effect and Coin Rush mode." [32]

IGN gave it an 85, and said "[it's] impossible not to be drawn in by the simple perfection of New Super Mario Bros 2's mechanics and level design – this is as pleasurable and effortless as 2D platforming gets. But it's also impossible not to be disappointed that it's over so quickly, and doesn't offer anything really new." [33]

Bryan Vore of Game Informer gave it an 83, calling it "a Mario expansion [that] still beats out most other platformers out there in the control and polish department. I can't deny that I still enjoyed kicking koopa shells, climbing fences in castles, and hopping on the flag at the end of a stage. On the other hand, players have grown to expect innovation out of Mario, and this game makes a strong case that perhaps it's time for Nintendo to move on from the "new" formula. " [34]

GameTrailers gave it an 80, stating that "The addition of coin rush and StreetPass functionality extend the shelf life of what would otherwise be a rather limited experience, but while there's still reasonable value here, the new Super Mario Bros. formula is losing just a little bit of its luster. Innovation and creativity don't shine as brightly as they should, but the glitter of great control and tight level design still make New Super Mario Bros. 2 tempting to pick up." [35]

Edge Magazine gave it a 70, saying "More old than new, [the game] is an inverted [Super Mario] Galaxy, more content to remix old stomping grounds and sprinkle on new gimmicks than take Mario to places he hasn't hopped through before." [36] GameSpot said it was "a fun, overly familiar adventure that lacks imagination in its level design." [37] Joystiq stated "There are plenty of things that were great the first time you saw them, and work together to provide a pleasant experience, but there is no element of surprise, no attempt to dazzle you with new elements." [38] Destructoid said it was "a Mushroom Kingdom coin -- shiny and addictive, but carrying no practical value whatsoever." [39] 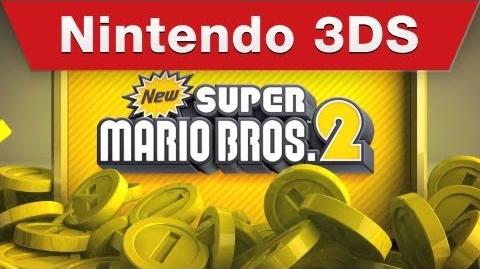 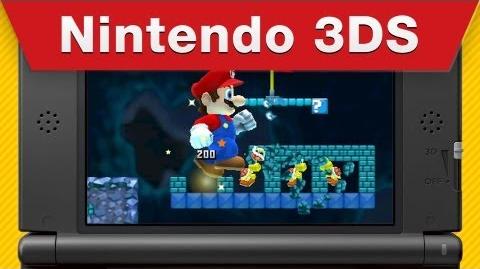 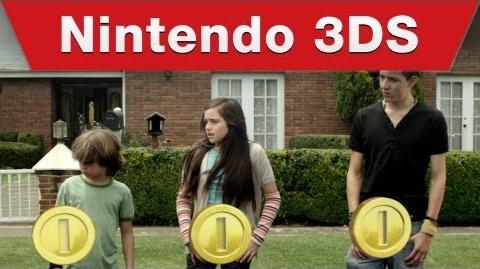 Retrieved from "https://nintendo3ds.fandom.com/wiki/New_Super_Mario_Bros._2?oldid=19972"
Community content is available under CC-BY-SA unless otherwise noted.