In this puzzle game, the player must create a path for the Mini Mario so that it may reach each level's goal. This is accomplished by placing continuously generated tile blocks onto the playing field with the 3DS stylus. There are many different types of tile blocks, which can move the Mini's in many different directions depending on their usages and placements. The player is also encouraged to collect three "M" tokens on each course as well, in order to receive a golden star for that course. Other obstacles and elements are present as well, such as rotatable curved blocks, trampoline blocks, dumpsters for disposal of unwanted panels, and invincibility hammers.

Completing a level is achieved by reaching the star panel located within the course (collecting "M" tokens is optional). Failure is attained by either a Mini falling off the stage, a Mini reaching the end of a path and the path not being extended quickly, a Mini making contact with an enemy, such as a Shy Guy, the timer running out, or by the available tile stack overflowing. There are many other modes that are mere variations of the main game. One varies the main hook by letting you obtain all of the tiles up front, so the path can be better designed and planned out, and another variation allows for multiple Mini's to traverse the terrain at one time.

A Jungle mode is a massive normal stage that is very difficult to persevere through and to reach victory. A mini-game mode also exists, with four different types of mini-games that can be unlocked by completing specific sections of the Main Adventure mode. Creative players may also devise their own puzzles with the "Puzzle Maker" mode, where players have access to all elements of the level design and may exchange their puzzles with friends online. 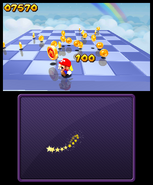 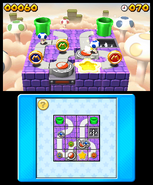 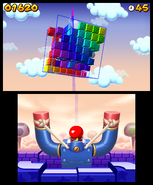 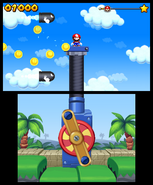 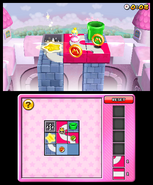 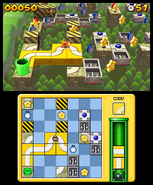 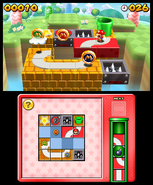 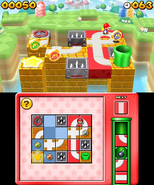 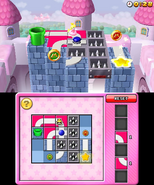 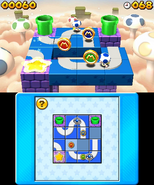 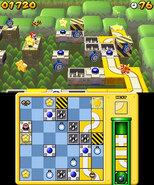 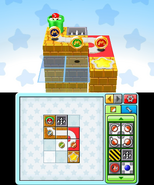 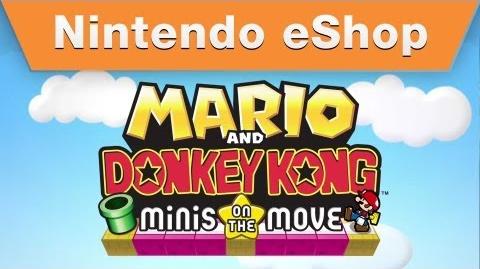 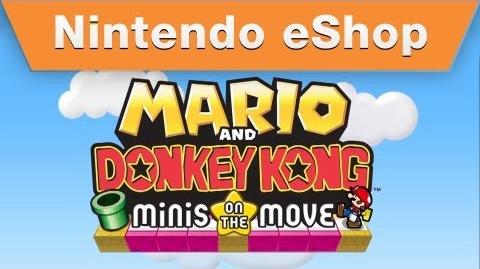 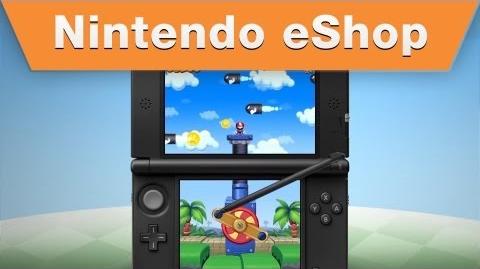 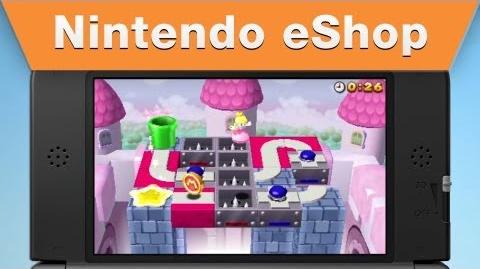 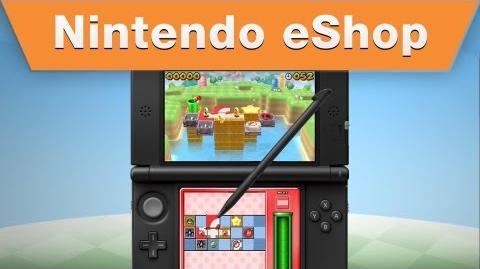 Retrieved from "https://nintendo3ds.fandom.com/wiki/Mario_and_Donkey_Kong:_Minis_on_the_Move?oldid=15555"
Community content is available under CC-BY-SA unless otherwise noted.