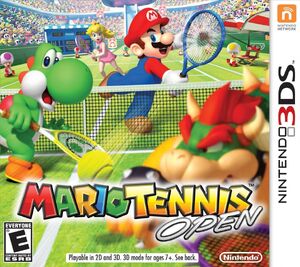 Mario Tennis Open (previously known as Mario Tennis) is a Mario sports game for the Nintendo 3DS, as well as an installment in the Mario Tennis series. It was announced at the 2011 Nintendo 3DS Conference, with its official title revealed in the February 2012 Nintendo Direct conference. [1]

The game features the traditional basic elements from previous Mario Tennis games. Players can perform different various of tennis shots by selecting the shot panels on the touch screen, in addition to the use of gyroscopic controls. The title also has Nintendo Network support, allowing for both local and online multiplayer, as well as "Download Play", for up to four players to compete using one cartridge.

The “Special Games” mode allows players to work on their moves while playing various Mario-themed games. One such game within this mode, for example, allows one to play through the classic levels of Super Mario Bros. while using a tennis ball to take out Goombas and Koopas. The player's Mii, one of the characters that can be controlled, can be decorated in gear such as different outfits or rackets. [9]

There are a total of 25 playable characters in the game. [10]

IGN gave the game a 6.5, praising the experience of the game and welcome touch screen controls, but highly criticized the game for its lack of originality, and very poor limitations on customization, controls, and online, claiming that this game is the "Black Sheep" of the Mario Tennis series.

They concluded their review stating, "Yet Mario Tennis Open struggles in just about every other regard. The game never embraces its Mario heritage, never allowing itself to break out of a more typical tennis mold to be something unique. Online competition won’t be fair since players can’t omit gyroscope players’ ability to automatically navigate the court. Customization proves limited, despite its sheer quantity, because only Miis can be altered and the item’s statistics are displayed inadequately. Likewise, mini-game variations on tennis are rather creative, but won’t hold up over time. Stacked up, these deficiencies overwhelm what is, at its core, a great game. It’s a shame just about everything Mario Tennis Open attempts to add on top of that is remarkably unworthy of its lineage." 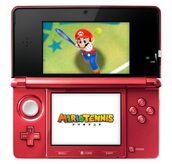 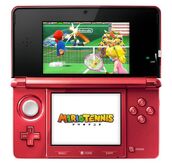 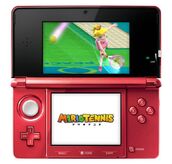 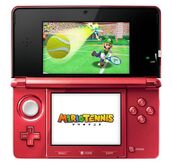 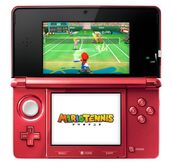 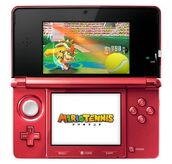 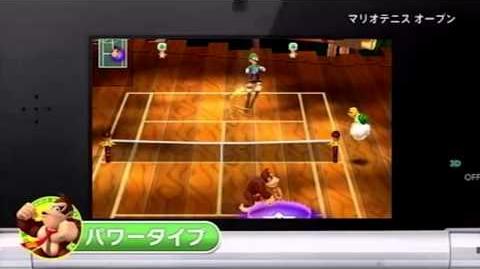 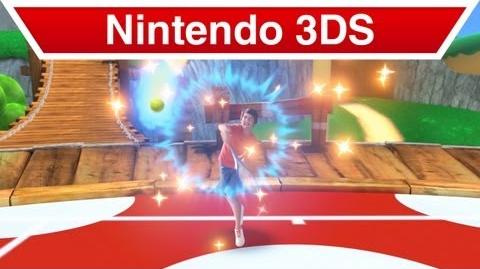 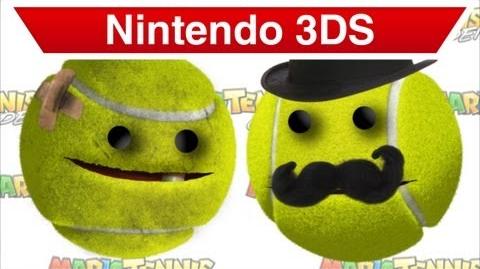