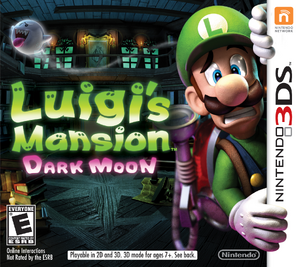 In the game, the "Dark Moon" has shattered, causing the ghosts within Evershade Valley to become evil. It is now up to Luigi to collect the pieces of the moon and put them back together in order to restore peace to the Valley. [10] The game plays similar to its predecessor, with Luigi using a machine called the Poltergust 5000 to suck up ghosts and rid mansions of them. In this game, rather than having one mansion like the first game, it has several, and each is broken down into missions.

Luigi’s Poltergust has a built in zapper to kick-start the process of catching ghosts, along with a different sort of zap attack (activated by pressing the A button with correct timing) that will squash any escape attempts from the ghosts you have caught. Bonus points are awarded for capturing multiple ghosts at once, although the limit is set as three ghosts at once. Another device, the Dark-Light, emits a rainbow colored light and can be used to find hidden objects. The player can also move their 3DS in the real world to look at different parts of the game world that cannot be seen otherwise. [11]

It also features Nintendo Network support in the form of a multiplayer mode, called "Scarescraper" ("Thrill Tower" in the European and Australian versions), which can be played locally, though download player, or online. One such game in the mode is "Hunter Mode", where up to four players must clear an entire floor of ghosts within a limited time, collect coins, and fight bosses. [12] [13]

However, GameSpot was less appreciative, rating the game a 6.5, crticizing the game for "difficulty spikes and a lack of checkpoints." 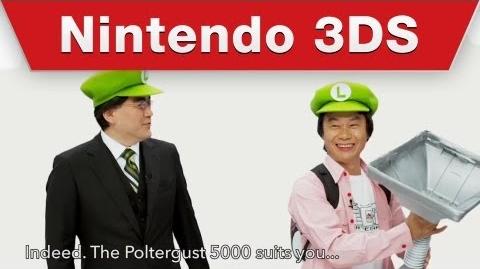 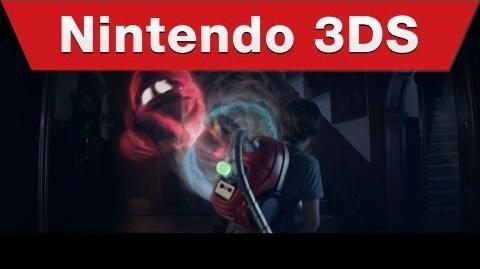 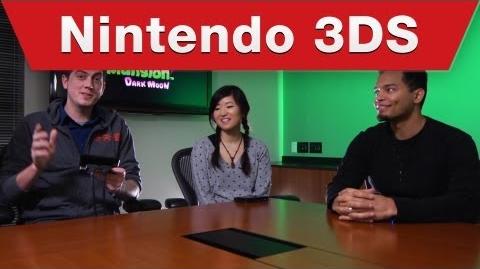