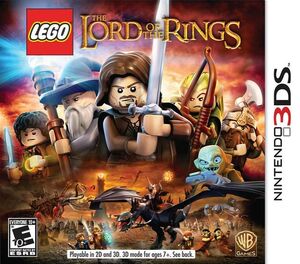 LEGO The Lord of Rings is a LEGO game for the Nintendo 3DS. It is based on the Lord of the Rings film trilogy. [1] Developed by Traveller's Tales and published by WB Games, it was released October 30, 2012 in North America and November 23 in Europe. [2] It was later also released on the Nintendo eShop on December 6.

Retrieved from "https://nintendo3ds.fandom.com/wiki/LEGO_The_Lord_of_the_Rings?oldid=13193"
Community content is available under CC-BY-SA unless otherwise noted.