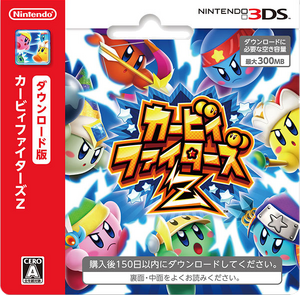 Kirby Fighters Z is an upcoming fighting game for the Nintendo 3DS, to be released through the Nintendo eShop. It is an expanded version of the Kirby Fighters minigame from Kirby: Triple Deluxe. Developed by HAL Laboratory and published by Nintendo, it will be released on July 23, 2014 in Japan, alongside DeDeDe's Drum Dash Z. [1]

The game pits Kirbys against each other using different abilities. Players can choose between 12 abilities, two more than the mini-game in Triple Deluxe. However, the two new ones, Bell and Beetle, are only usable if StreetPass for Triple Deluxe is activated. It also adds five new stages, a team battle mode, and an expanded single-player mode complete with boss battles. Beating the single-player mode will unlock hats for Kirby and Shadow Kirby as a playable character. [2] 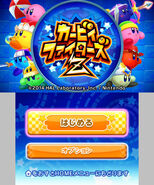 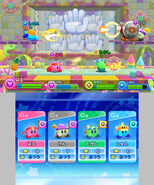 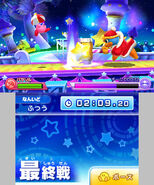 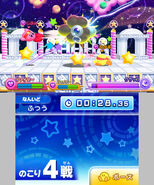 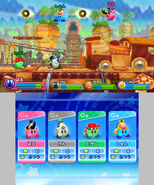 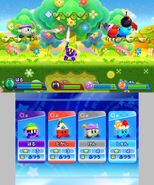 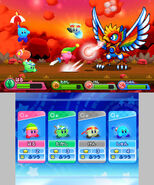 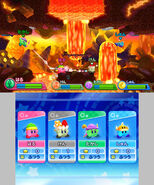 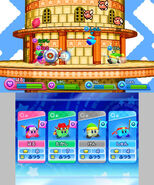 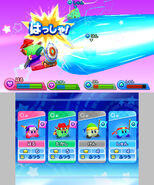 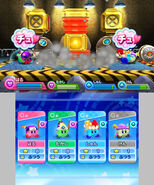 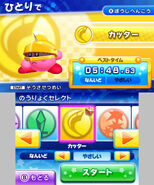 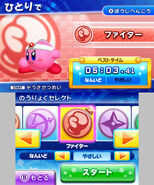 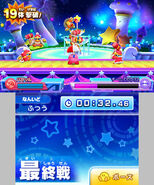 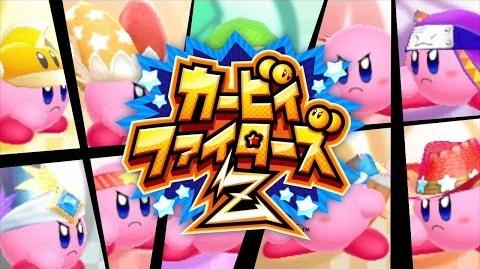 Retrieved from "https://nintendo3ds.fandom.com/wiki/Kirby_Fighters_Z?oldid=18949"
Community content is available under CC-BY-SA unless otherwise noted.