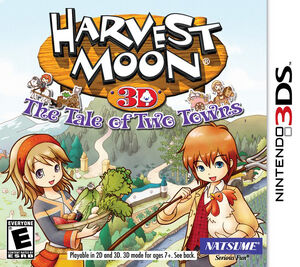 Harvest Moon: The Tale of Two Towns is a farming simulation game for the Nintendo 3DS, and an installment in the Harvest Moon series. Developed by Marvelous Entertainment, it was published by Natsume in North America, and by Rising Star Games in Europe, and was released November 1, 2011 in North America and will be released by June 29, 2012 in Europe. [1] [2]

The story is about two villages--the Asian-themed Kokohana and the European-styled Bluebell--that were once on good terms. But due to a disagreement over who has the best food, they are now bitter rivals. You play as a male or female farmer whose goal is to unite the two villages with your charm and farming skills, as well as perhaps get married and start a family along the way.

Depending on which town you decide to move into, you'll either get a bigger field for your crops to begin with or a bigger barn with a fully grown cow and chicken. Kokohana specializes in crops so you'll begin with some seeds, whereas Bluebell's specialty is in the livestock (now comes with alpaca and honeybees). Once a month, you'll have a chance to move towns, but you can always visit between the two if you wish. [3] 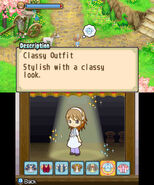 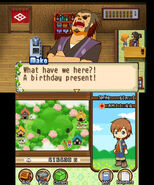 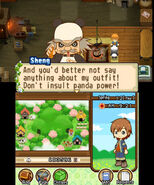 Retrieved from "https://nintendo3ds.fandom.com/wiki/Harvest_Moon:_The_Tale_of_Two_Towns?oldid=11738"
Community content is available under CC-BY-SA unless otherwise noted.