Gunman Clive is a sidescrolling action game for the Nintendo eShop, released through the Nintendo eShop. Developed and published by Hörberg Productions, it was released December 20, 2012 in Europe and January 3, 2013 in North America. [1]

In the year of 18XX, the west is overrun by thugs and outlaws. A group of bandits have kidnapped Mayor Johnson's daughter and are spreading havoc across the land. Players control Gunman Clive and jump and shoot their way across diverse and challenging levels and fight massive bosses to bring order to the west and save the girl. [2] 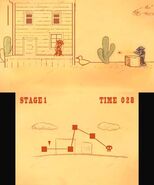 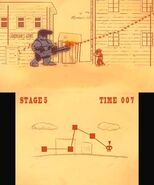 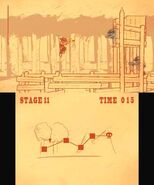 Gunman Clive - Trailer
Trailer
Add a photo to this gallery

Retrieved from "https://nintendo3ds.fandom.com/wiki/Gunman_Clive?oldid=13747"
Community content is available under CC-BY-SA unless otherwise noted.