Dillon's Rolling Western [1] (known as The Rolling Western in Japan) is a game developed by Vanpool and published by Nintendo for the Nintendo eShop. The game was released on February 23, 2012 in North America, Japan, and PAL regions. [2]

In the game, players take the role of an armadillo cowboy named Dillon as he uses spin dashes to defeat his enemies, similar to Sonic the Hedgehog, and saves a Western town. [3] It also uses some Tower Defense elements. 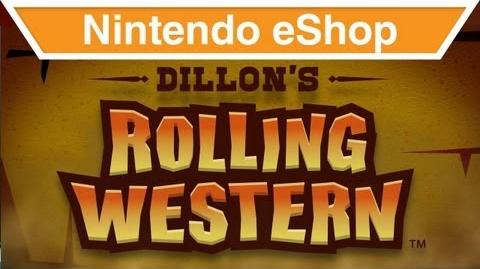