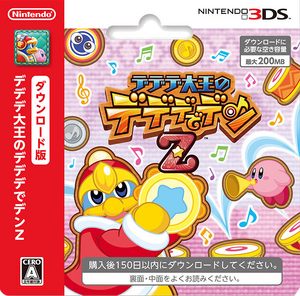 The game features seven new stages (and harder versions of each stage). It also adds new mechanics, including drums that flip to reveal hazardous spikes in rhythm and coins that must be collected in order. Players unlock wearable masks throughout, though three of the masks (Kirby, Waddle Dee, and Meta Knight) are exclusive to players who have StreetPass on Triple Deluxe turned on. [2] 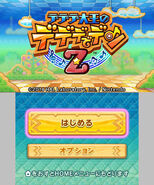 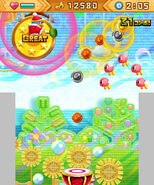 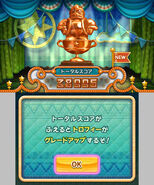 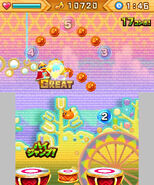 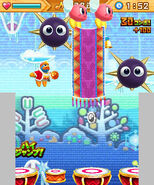 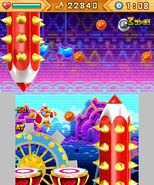 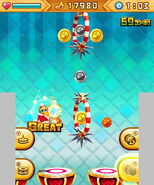 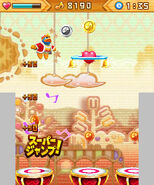 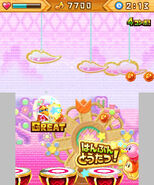 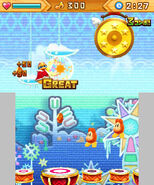 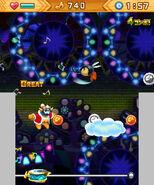 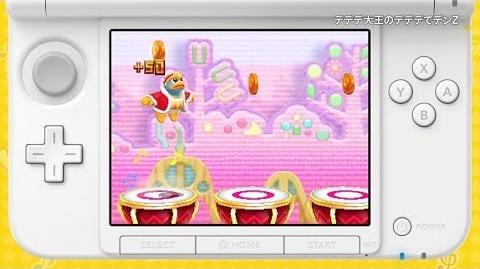 Retrieved from "https://nintendo3ds.fandom.com/wiki/DeDeDe%27s_Drum_Dash_Z?oldid=18948"
Community content is available under CC-BY-SA unless otherwise noted.