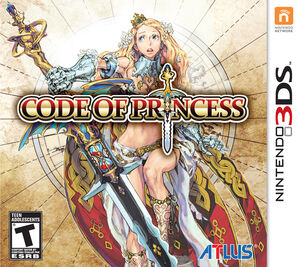 Code of Princess is a role-playing game for the Nintendo 3DS. Developed and published by Agatsuma Entertainment in Japan and localized by Atlus, the game was released April 19, 2012 in Japan and was released October 9, 2012 in North America. [1] [2] [3]. It was released in Europe and Australia on March 28, 2013, but only the eShop. All the anime cutscenes were done by the Japanese animation studio, Bones.

The game is a hack & slash beat 'em up similar to Guardian Heroes with over 50 characters to play as. There are 3 modes; Story Mode which you play as the 4 main characters(Solange, Ali, Zozo, and Allegro), Free-Play where you can play the campaign missions with any of 50 plus characters, and the Bonus Quests which unlock as you beat the main story and other bonus quests and can play as any character. The game has RPG elements where upon completion of a mission or quest, you gain experience which upon level-up gives you skill points to allocate in any of a character's stats and gold to purchase equipment that also help with stats. There is also co-op and versus Multiplayer modes for up to 4 players over Wifi. The game controls simply with a light attack (B) and a strong attack (A). The shoulder buttons(L & R) do a block which stops damage for a bit. There is a Lock-On Attack (Y) where if you hit an enemy with it, the enemy becomes locked on and attacks do double damage. The Burst Mechanic(activated and deactivated with X) stuns nearby enemies and does double damage but also drains the MP meter which is used by some attacks by some characters. There is also Aerial Attacks and some simple combos.

The story of the game is that the Kingdom is under attack by monsters which the king orders his daughter, Solange Blanchefleur de Lux, to take the holy sword of the kingdom, Deluxcalibur as the royal family was exiled and blamed the monster attacks. To stop this flood of monsters, she travels across the land gaining companions, like Ali, the thief and Allegro, the proud elven bard, to defeat the evil behind the monster attacks. 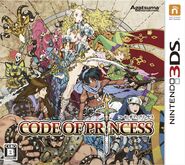 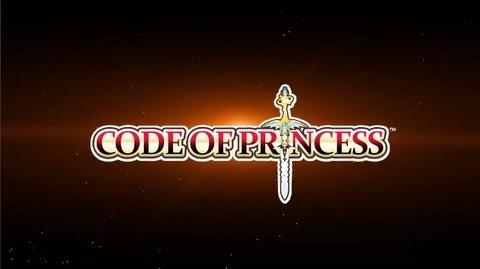 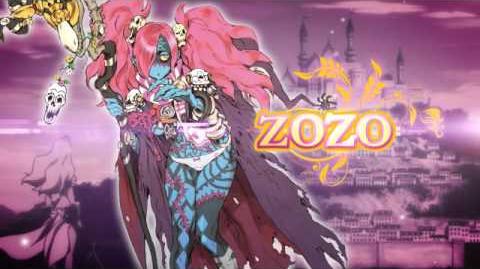 Retrieved from "https://nintendo3ds.fandom.com/wiki/Code_of_Princess?oldid=18676"
Community content is available under CC-BY-SA unless otherwise noted.