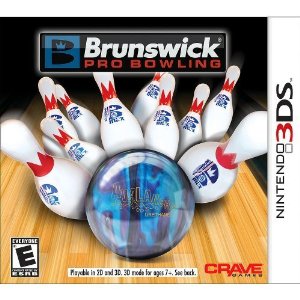 Brunswick Pro Bowling is a bowling game for the Nintendo 3DS. Published by Crave Entertainment in North America and 505 Games in Europe and Australia, the game was released September 27, 2011. Previously, the title had been released for Wii, PlayStations 2 and 3, and Xbox 360. [1]

Several gameplay modes are included in the game. The free play mode allows four players to compete against each other in bowling matches, while the career mode encourages players to play matches against the computer players to become a more skilled novice player. [2]

The game has received relatively poor reviews, like the console versions. GameSpot gave the game a 50, and stated that "It does a fine job of capturing the sport, but there's not enough to Brunswick Pro Bowling to make it worthwhile." [3]

Retrieved from "https://nintendo3ds.fandom.com/wiki/Brunswick_Pro_Bowling?oldid=9624"
Community content is available under CC-BY-SA unless otherwise noted.