Bomb Monkey is a Nintendo eShop game developed and published by Renegade Kid. The game was released in North America on June 28, 2012.

The game is a puzzle that centers around an ancient sport called Blok Bombing created by a race of monkeys called Bomb Monkeys. The objective is not to let the rising bloks knock the player's monkey from off his perch. 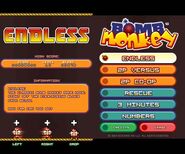 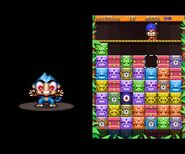 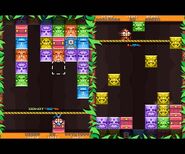 Retrieved from "https://nintendo3ds.fandom.com/wiki/Bomb_Monkey?oldid=11880"
Community content is available under CC-BY-SA unless otherwise noted.