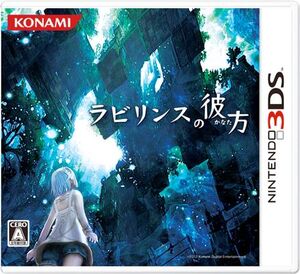 Beyond the Labyrinth is a dungeon role-playing video game for the Nintendo 3DS. Developed by Tri-ace and being published by Konami, the game was playable at the 2011 Tokyo Game Show, and was released January 19, 2012 in Japan. [1]

The game is played from a first-person perspective. The assistant character is a young, somewhat clumsy girl who who finds herself trapped in a labyrinth. The player travels with her as she tries to escape the area through a series of puzzles. The battle system of the game is reminiscent of turn-based strategy. Players can also change how the assistant character looks, by modifying her hair or outfit. [2]

Concept art.
Add a photo to this gallery

Retrieved from "https://nintendo3ds.fandom.com/wiki/Beyond_the_Labyrinth?oldid=19445"
Community content is available under CC-BY-SA unless otherwise noted.