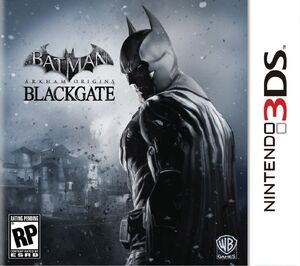 The game takes place in Blackgate Penitentiary, where a prison uprising has occurred, and Batman arrives to stop the riot. Players control Batman, moving through side-scrolling levels, and picking up gear and taking on enemies along the way. The game's combat is similar to that of its console predecessors, having a freeflow battle system. The story is told through 2D animatics with full voice acting. [2] [3]

Retrieved from "https://nintendo3ds.fandom.com/wiki/Batman:_Arkham_Origins_Blackgate?oldid=17238"
Community content is available under CC-BY-SA unless otherwise noted.