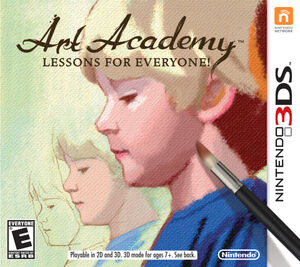 Developed by Headstrong Games and published by Nintendo, the game was released July 28, 2012 in Europe (alongside the Nintendo 3DS XL), September 18 in Japan, and October 1 in North America both at retail and on the Nintendo eShop. [2] [3] 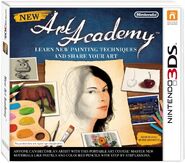 Retrieved from "https://nintendo3ds.fandom.com/wiki/Art_Academy:_Lessons_for_Everyone!?oldid=15401"
Community content is available under CC-BY-SA unless otherwise noted.